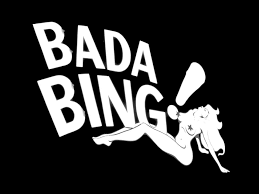 Sydney Nightclubs are like stepping back in time. Having come from the age of Dance Music in the late '80s, I used to love all the freedom you had to make your choices in life. It was a fantastic time to be enjoying life and what it has to offer.  As each decade passes, it feels more that we live in a world where everything is PC politically correct whatever that means.

Having lived in Sydney for around ten years and I watched the powers that be make knee jerk reactions to situations.  A fair outcome is what the government needs to achieve.

The laws need to change if Sydney is ever going to be a major city.  What Sydney Nightclubs or late night bars are there still open. Bars and clubs in Sydney close at 1 am which is unbelievable to my friends from the UK when they come and visit. Places like Barcelona and Madrid people don't go out until 2 am and can go all night.

What's Left Out There

Sydney people see it has the best place on the planet to live. My answer to that would be " Yes it could be ." It's such a new part of the globe it needs time to breathe and develop.

Because I know so many Poms that have left because of the cost of living. Also, a lack of freedom to enjoy their life. Also, I am sure a few Australians are saying good riddance to you. There are only so many coffees in Bondi before it gets annoying.

Sydney Nightclubs will never be a place where the younger generation can express themselves. To be honest not a lot. Apart from Ivy on George Street which isn't a nightclub and more a large bar.

That's why Sydneysiders are going on boats to have fun nowadays.